Created By My Colonial Home
Things have been hopping here since my last post - the flood did some damage to our basement so for 3 weeks that's all we did was clean up water, bleach the floors and put up new paneling and paint - now the task of getting it all back in. Big job because we took everything to the garage or screen room so it's lots of up and down the basement stairs and we don't seem to have it in us anymore for that kind of exercise.
My brother came over for 2 days and he and Doug put up the paneling while I painted, then our son Brett came and helped put on the trim.  Looks nice and fresh now in the main storage area - now for my work room and the laundry room.  Probably won't get those rooms painted until after the show we are doing the end of September. 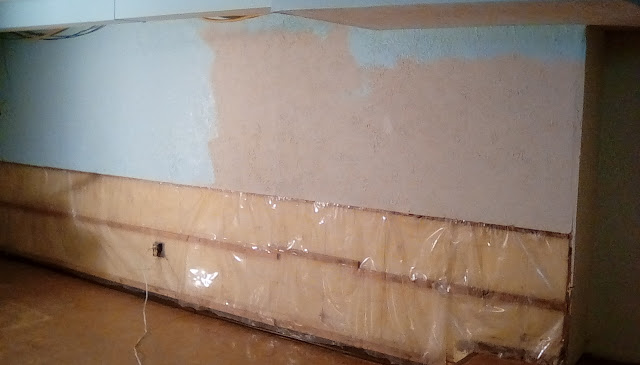 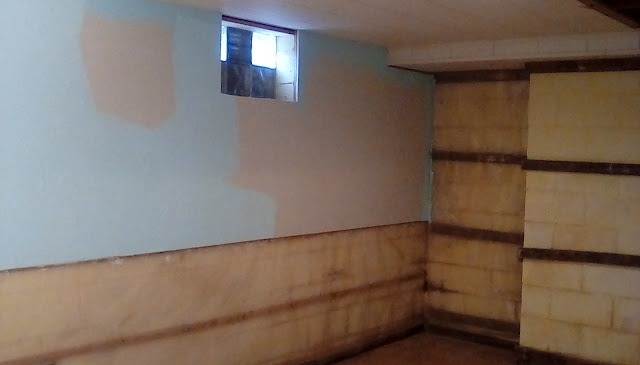 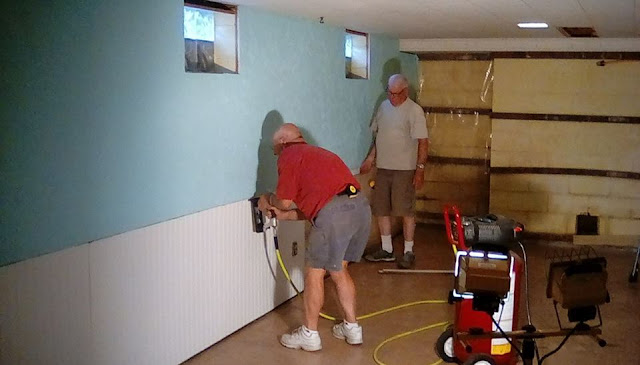 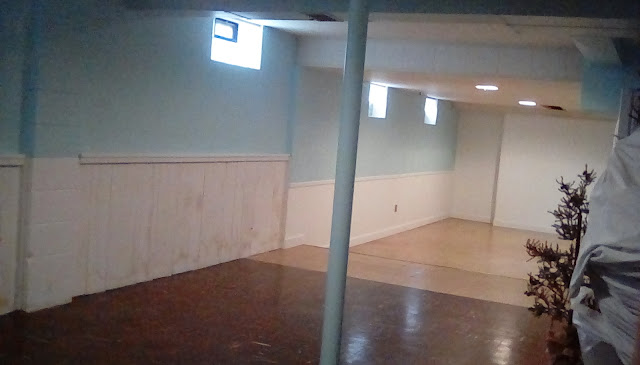 This lighter floor tile is the addition the family room that the previous owner added -
so glad they put full basement...makes for lots of storage. 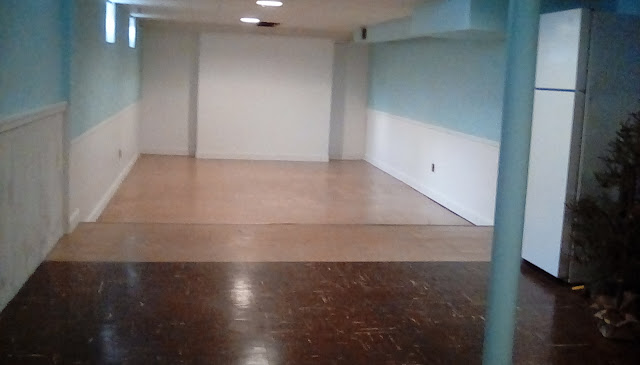 Our poor downtown was so flooded and all 4 bridges that cross the center of town were cut off because the water was rushing against the under side of the bridges so fast they were concerned about them being breached. See how close the water is to the bottom.
This was the last day anyone was allowed on the bridges or downtown. 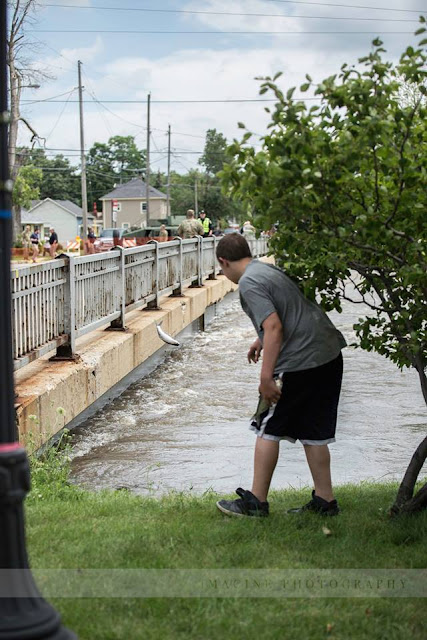 National guard was here for a couple days making sure
no one crossed or went into the flooded area. 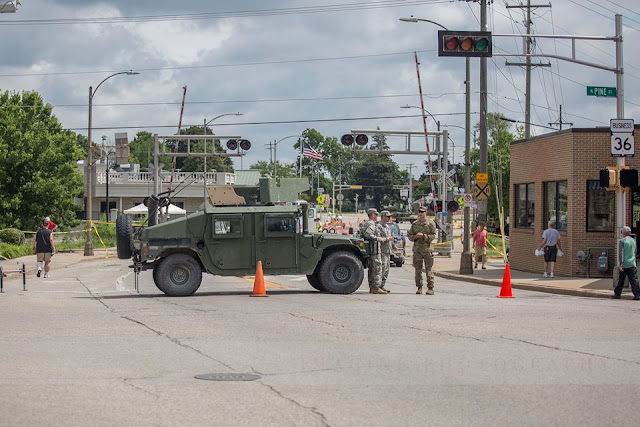 There was a mandatory cut off of power on Wednesday because the sub station was under water and they wanted to keep everyone safe - and then several 'We Eenergies' companies came in and put up 2 portable substations and we finally got power at 7 Friday night. 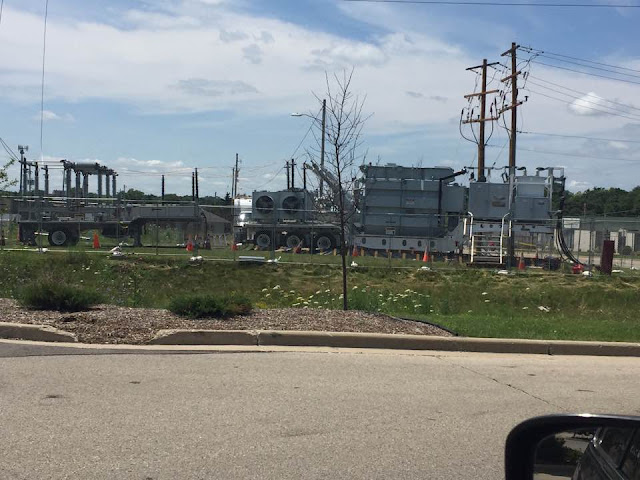 We were fortunate it was just water in the basement from so much rain it had
no place to go so it seeped in at the floor of the basement for days.
Downtown business and homes along the river and lake were not so lucky...
they are still cleaning up.
Our bank got hit hard - they lost lots of money
in the vaults in the basement plus lots of documents. 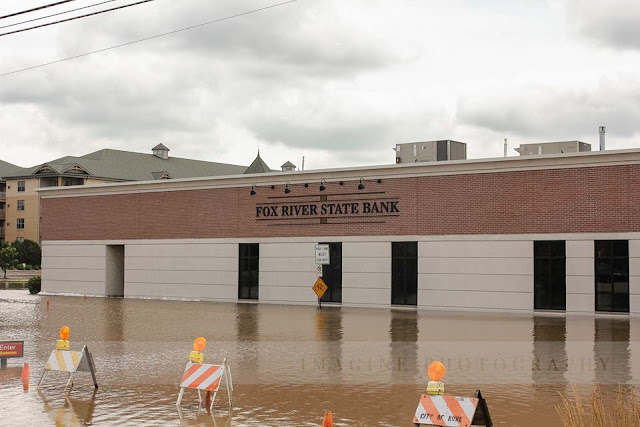 The dam is almost lost for the water coming over it -
normally you can see the rocks at the bottom.
It did reach top level at one point when it peaked.
These pictures are early on before it got REALLY bad. 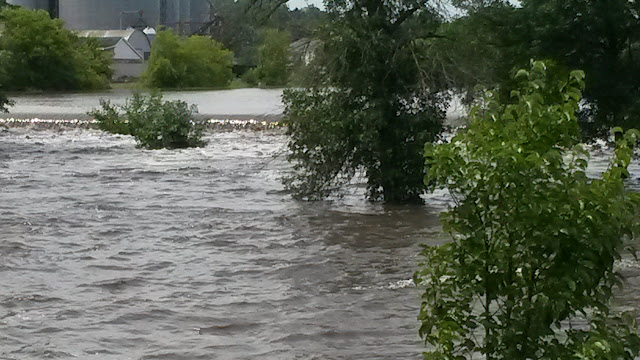 This is at the Veterans Terrace building -
the steps are covered along with the courtyard
where weddings are held. 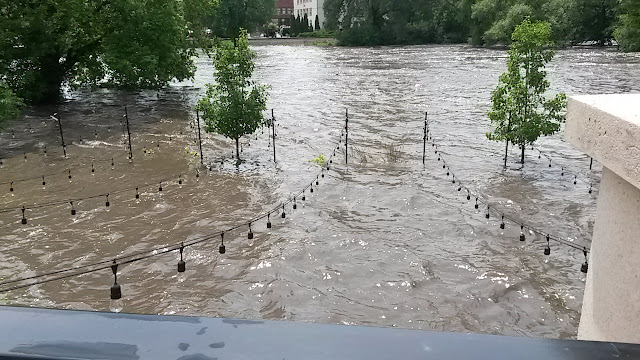 Right in the middle of all of this we had some surprise guests for supper one night!!
Doug went on an errand and while he was out he saw an old fighter jet land at the airport - being he loves this kind of thing he went over to look -
saw the 2 fellas getting out of it and asked a few questions.  They were from Florida on their way to Oshkosh for the 'fly in' and stopped here to refuel.

They asked where a good place to 'walk to for something to eat' - he said there isn't any place close. He left to do the errand and thought he would go back and ask them if they
wanted to eat with us - they jumped at the chance so he called me
and said he was bringing home to pilots for supper LOL.

Good thing I had made our meal early that day - normally I don't start making supper until closer to the time we want to eat.  I must of had a premonition
about something to have a meal ready early!!
I made a big pot of goulash so we had that and a few other things I had on hand,
now mind you we didn't have power for almost 3 days so we didn't have much for food as we lost it all in the power outage and didn't have time to do a huge grocery run.

They couldn't have been happier or more polite and also funny -
some stories were told and we had lots of laughs.
We took them back after we ate and Doug got to get up in the cockpit - he was one happy man!!

Scott and Keith
Such meager pickin's we had - goulash, fruit, bread w/jelly, pickles and olives...they sure did eat though!!! 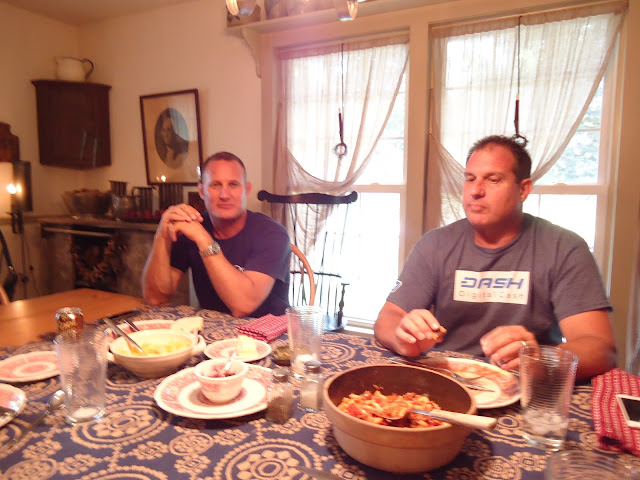 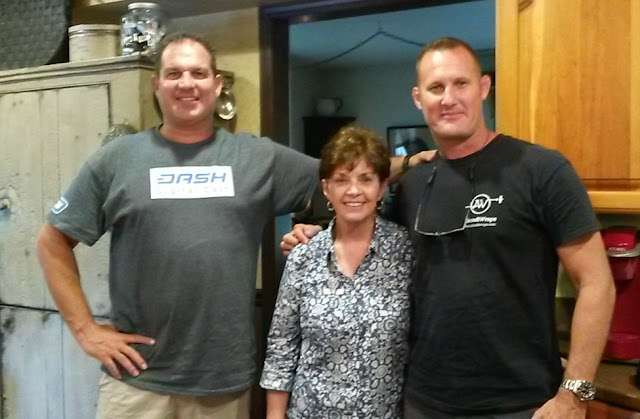 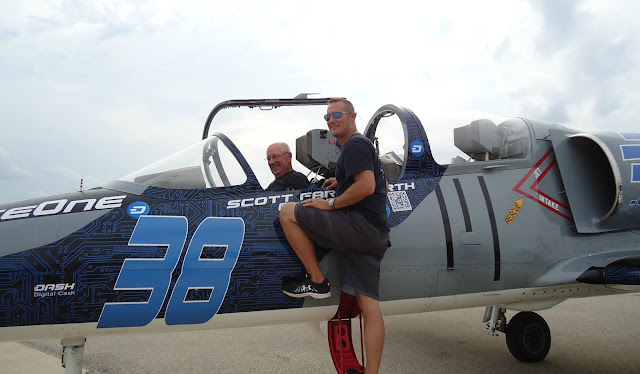 Thanks Scott and Keith for a very memorable meeting - I think it was a 'God' thing - we all were in the right place at the right time...hope to see you again one day on your way though.

I must go now as I have lots to do for the upcoming show in Ohio - it is fast approaching and I already lost 3 weeks with the basement and then other commitments...
so it's nose to the grindstone for me.
There are only 6 weeks left!  Hope to see some of you there...Malabar Farms
is such a beautiful place and the scenery is gorgeous. 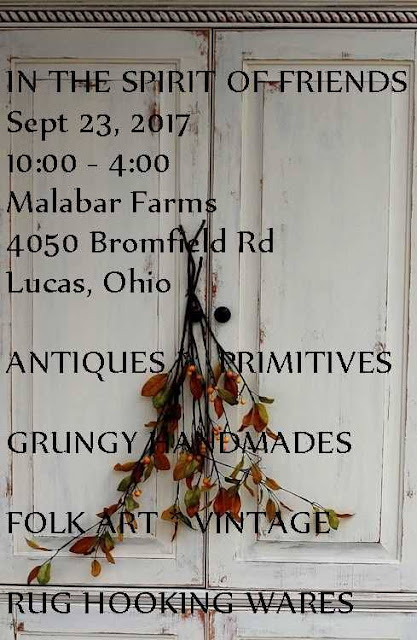 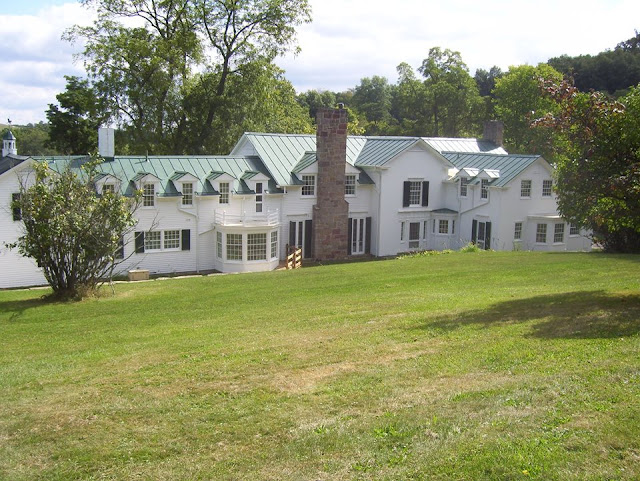 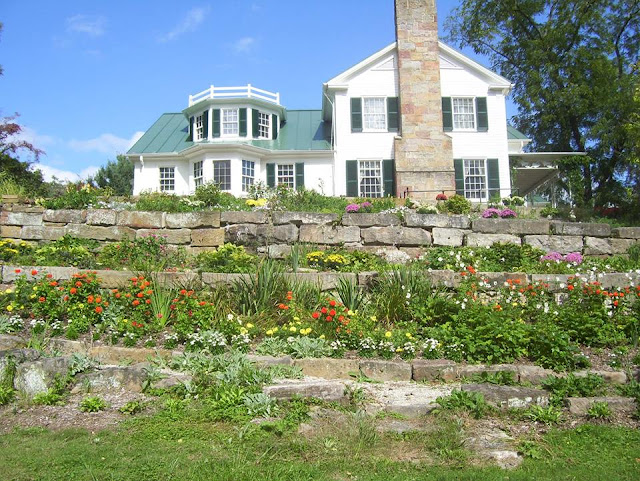 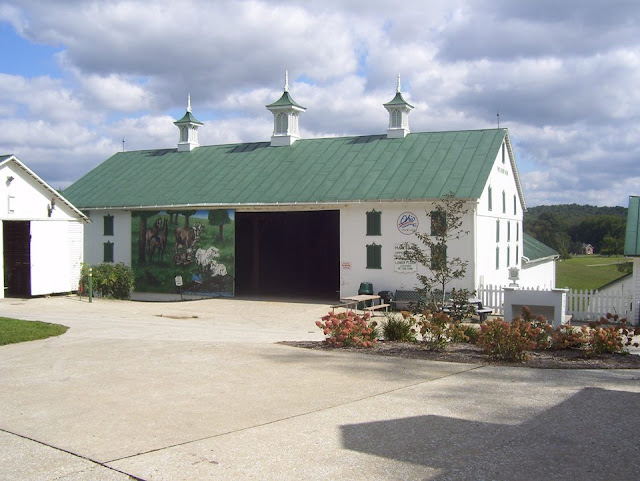 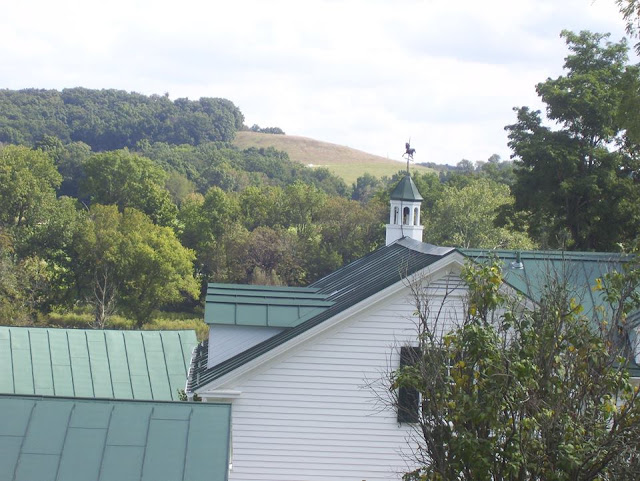 Until next time!!!
Karen 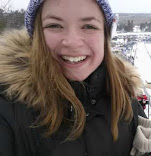 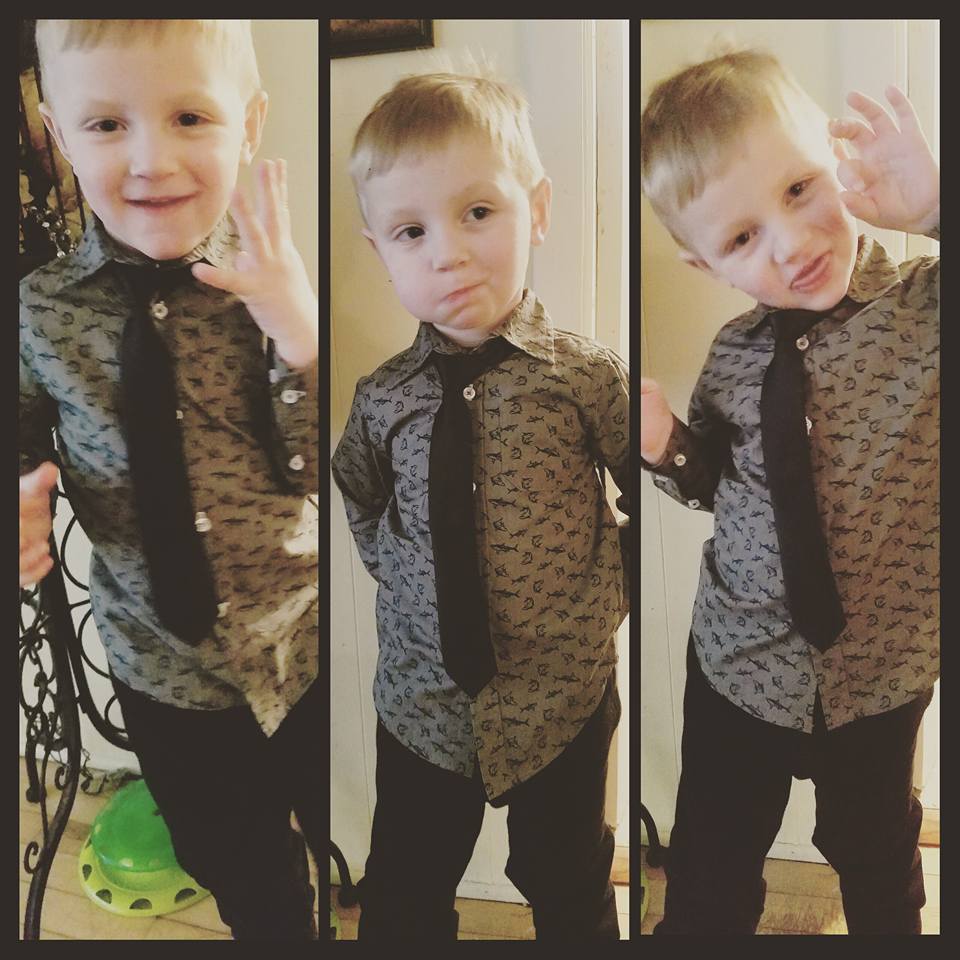